Scoliosis affects patients of all ages. Three categories can be found in youth:

Infantile: diagnosed before the age of three.

Juvenile: diagnosed between the age of three and the onset of puberty (3–10).

Adolescent: appearing between the onset of puberty and skeletal maturity.

Scoliosis affects between 0.5% to 3% of children, most of them young girls with adolescent idiopathic scoliosis, forming 80% of cases19.

While scoliosis can occur in young children under the age of 10, the majority of cases are usually diagnosed at or after the onset of puberty. 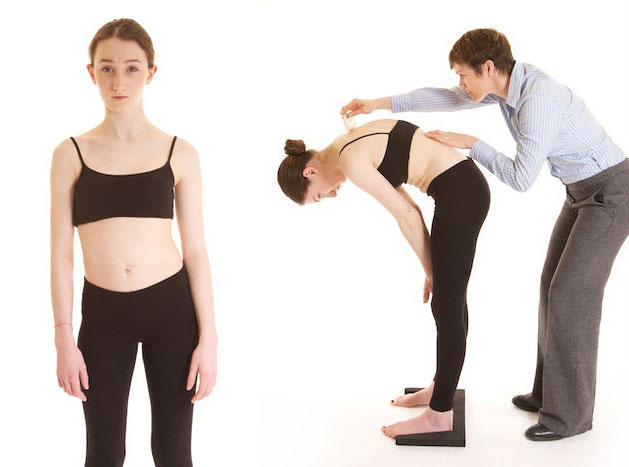 The term “idiopathic” refers to a disease that is of unknown cause. The first signs of AIS usually appear at the onset of puberty, as the strong growth spurt associated with adolescence will make manifest and lead to the progression of pre-existing or inherent vertebral deformities. It is currently suspected however, that genetic anomalies could be at the origin of this type of scoliosis. A gene that may be the cause of hereditary scoliosis was identified in February of 2015.

PROGRESSION OF AIS AND EARLY INTERVENTION

The period of time between the onset of puberty and the end of spinal growth is critical in terms of curve progression for adolescents suffering from AIS. This growth intensive period aggravates the incipient spinal torsion by submitting the spine to abnormal loading which further unbalances it and leads to its progressive deformation as the child grows.

Because scoliosis can evolve rapidly during this critical period, early diagnosis and the implementation of a treatment plan can help to stabilize and in certain cases even correct the scoliotic curvature before it is too late, i.e. before growth is complete.

It is therefore of capital importance to detect scoliosis and to intervene quickly; preferably before the ages of approximately 12 for young girls and of 13 for young boys.